Hi, I’m Nemo and I’m a clownfish, my scientific name is Amphiprionae. I have orange and white stripes and a little bit of black at the edge of my fins. I love adventures, and I even went on one today with Dory, Mr. Ray, and my other classmates. Mr. Ray took us on a Great Barrier Reef adventure. We even looked at my house, an Anemone. We found a small hole in the ground and since I am only 4.3inches I went in the hole. Inside I found sunglasses. While we swimming around we saw Darla and Philip. ( I hate them. )

After our little adventure Dory and I went home to Marlin, Charlie, and Jenny. My dad and I went to get our favorite snacks. We got Zooplankton, Phytoplankton, and we also got some algae. While swimming home I  saw the Tank gang. I live in the Great Barrier Reef, but other clownfish live in the Red Sea, Pacific Ocean: in a reef or lagoon. After my day I went home to my Anemone.

Lillian Moller Gilbreth was born on May 24, 1878, in Oakland, California. She was born into a high-class family, and her mother had expectations for her to have a life of domesticity. She had no want for that life. Lillian’s mother said a woman should only be in the newspaper three times, births, marriage, and death. But Lillian wanted to have an education. She went to the University of California, Berkeley and in 1902 she got her master’s degree.  After Berkeley, Lillian decided to go to Columbia University, and they rejected him. After she got rejected she met Edward Thorndike, he focused on the worker’s environment, and the rest of her studies were based on that idea. In 1909 Lillian’s husband Frank Bunker Moller who also studied Scientific Management but focused on the time and motion, her children, and Lillian moved to New Jersey to work with the industrial engineer Frederick Winslow Taylor, the “Father of Scientific Management.  Frank and Lillian worked on their theory for years, and because she was a woman she was known as the assistant, even though Lillian did most of the work. By 1910 they opened their own consulting practice, they also wrote many books about their theories, but only sometimes Lillian was shown as an author. When she was, she was only shown as L. M. Gilbreth so no one knew she was a woman. Lillian and Frank invented the Therbligs, which is this belief where every activity that goes on is a combination of 17 actions.  Lillian had gotten public recognition in 1921 when she became the first honorary member of the Society of Industrial engineers. Many companies made contracts with them but when Frank died on June 14, 1924, they all were canceled, because no one wanted to listen to a woman. After that, Lillian had to reinvent herself. So she thought of helping a woman in her workplace, the home, so they could spend more time doing other things that they want to do. Lillian invented some things that you probably use all the time, such as the L-shaped kitchen, refrigerator shelves, the trash can pedal, the electric food blender, egg holder, butter tray, wastewater hose, the clothes washer (not the laundry machine). She also improved the can opener. From 1935 to 1948 Lillian was the first female professor at Purdue University’s School of Engineering. she retired in 1968 at age 90 sending all her 12 children to college. On January 2, 1972, she Died.

At the end of the week, we were studying the water crisis. we talked about women and children, Disease, Pollution, climate change, gender bender, who owns the water, and plastic. In some countries, women and children have to travels miles to get water. While getting the water the woman and children have to be cautious because of wild animals and men who will sexually abuse the women. Because they don’t have running water they poop and pee in the water. After that, they have to bathe and wash their clothes in that water. They all so have to drink the water and cook with it, and that creates a disease that especially affects babies. Pollution includes oil spills, plastic, gender bender, and algal blooms. Gender bender is a chemical in the water which converts male to female. (at this point in time it is not fixable). Due to climate change, coral reefs are dying.

last Thursday we made ice cream in science. I was in a group with three people Naomi,  Maddy, and I. First, we watched video about endothermic and exothermic. Endothermic is when heat/coldness gets taken out of something and sucked into something else. Exothermic is when heat/coldness gets sucked out of something and into another thing. they are just opposites. Then Shane gave us the instruction sheet it was:

1. Add milk and sugar to a quart-size bag. Seal securely and put inside the other quart size bag.

2. Put a pitcher full of snow into a gallon size bag.

3. Take the temperature of the snow in the bag.

5. Place the DOUBLE BAGGED sealed bag of milk into the gallon bag of snow.

7. Open the gallon bag and use the thermometer to measure and record the temperature of the ice/salt mixture.

over the past couple of weeks, my class has been doing a murder mystery thing in science. I have not been here due to being in Florida, so I was a little confused about what we were doing. But basically there was a bag of fibers for every character (made up for the murder mystery). We burned each fiber over a candle to see how each fiber reacts to the fire. We also used a microscope to look at the fibers up close. Carry okey was the coolest one in my opinion. We drew the fibers then wrote about them, then the cases ended.

The Citrullus cirrhosis is also known as the Namib Tsamma is a species of perennial desert vine. It also is like a watermelon. They can be found growing naturally in the Namib Desert and in South Africa. The melons also have small yellow flowers on their vines. Being in the desert these melons can survive without water for long periods of time. These melons are also more protected than watermelons. 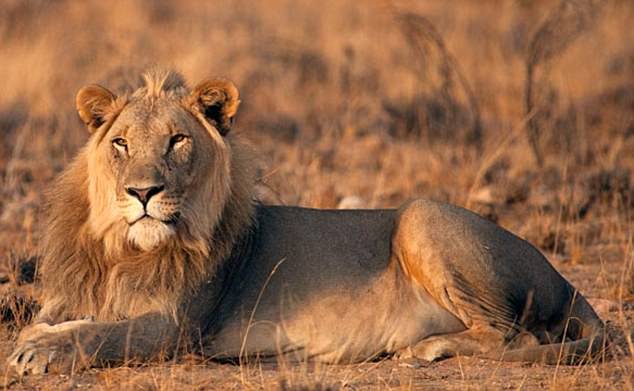 r the biome project.  When Shane found out I was doing the Tullamore she got excited, because her dog’s name is also Tullamore.  Tullamore’s scientific name is Xpl-93. The Tullamore Lion is also known as the Desert Lions.

In 1999 there were only 25 desert lions in northwestern Namibia. In the early 2000s, the Tullamore population hit higher with around 150 lions. lions are now being killed each year from human-wildlife conflict incidents. Desert lions are only located in only in Namibia which means that there is only 150 desert lions in the world.

This is a photo from the website that I have been reading about why the Desert lions are being killed. This website is not specify if the people in the image of poachers people who are trying to help. Apparently they kill the mall lions more than the female lions. The lions eat gemsbok, ostriches, and seals captured along the Skeleton Coast. The lions also have a litter of 2-6 cubs.

This week I didn’t really know what to write the blog about because we didn’t do much in class because of NWEA testing. All we really did was take walks but we did do a mushroom thing and we played predator and prey(Shane’s version). I decided to talk about the mushroom thing. Emma, Molly, and I kinda worked together. We used the same mushroom . I loved the drawing part and I love my drawing. I think it is cool how the mushrooms were living in something dead. How is that even possible. Another thing that I think is cool is the mushrooms were the only thing living in the dead tree stump but there were a lot of plants around it. After drawing I didn’t like the writing and I am sad the light printing thing didn’t work. 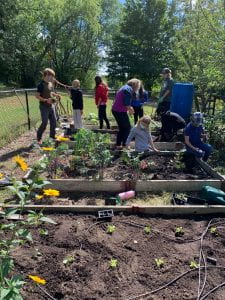 The last few days the sixth grade class was gardening. The first day we cleaned. Emma and I cleaned and organized the hoop house and everyone else weeded the outside beds. The second day we split the beds into seeds and starts (which are plants that have started to grow) . We also got split up into partners, my partner was Maddy. At first I didn’t realize we were partnered and I was working with the Group then Shane told me to work with Maddy. Me and Maddy worked on lettuce starts. We also worked on food webs. We played this food chain game. Where we would draw cards of the food chain. We would have to build up the food web from the first to the fifth stage.  We also learned about Abiotic and Biotic. The meaning of Abiotic is non living such as water, soil, air, light, and minerals. The meaning of Biotic is living such as plants, animals, fungus, bacteria, and protist. Biotic is in the food web. The order of the food web is primary producer, primary consumers, secondary consumers, tertiary consumers, and then quaternary consumers. 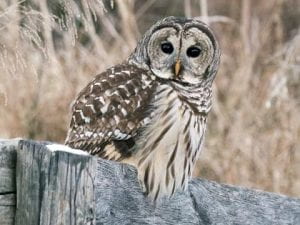 My name is Mrs. Muffle pup don’t judge, I am the Barred Owl and I am writing this to try to convince you to cancel the Uppity Resort building. See by destroying 100 trees you destroy wildlife which includes owls like me. Owls provides natural pest control for the environment. So without owls there will be more rodents in the environment. Let me tell you more about me. My scientific name is Strix varia. I am female (51-61 cm) and my male friends are (43-51 cm) yes the girls are taller. My weight is (632 g) and males are (621 g). The wingspan of a barred owl is (107-111 cm) long. The barred owls lay 5 eggs in a clutch.A Barred Owl prefers deep moist forests, wooded swamps, and woodlands near waterways for a habitat. The Barred Owl eats shrews, deer mice, rats, squirrels, young rabbits, ect. We also hunt at night.  Our face is pale greyish-brown with darker concentric lines. Eyes are dark brown to blackish-brown. our bills are pale yellow with a greenish tint. The sides of our heads and necks are barred light and dark. The upper half of us is brown to greyish-brown. Our lower half is pale greyish-brown. Barred Owls don’t migrate usually they stay in the same place their whole life unless there’s danger. And during winter we hunt. In most situations owls are one of the top predators and their habitats so if they were to disappear there would be many rodents in the ecosystem get all messed up. The barred owl is one of the most vocal owls of all of the Eastern owls. Sometimes people call it the Laughing Owl because of how loud it is. So if you destroy the forest and cut down a hundred trees you will kill many ecosystems including owls like me and that will lose Pest Control and then rodents will go crazy.